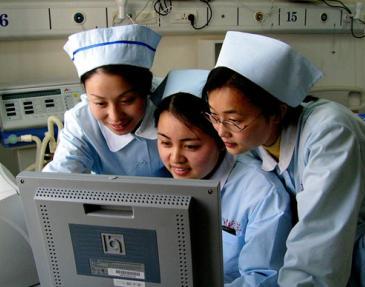 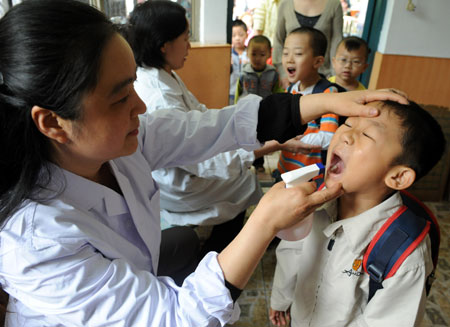 On Friday, March 10th 2016, Asia Insight Circle convened for its monthly private discussion in one of Hong Kong’s exclusive restaurants, Arcane. Asia Insight Circle was honoured to host a distinguished guest in Dr. Bernhard Schwartlander, World Health Organization (WHO) Representative China. Dr. Schwartlander was gracious in sharing his insights on the most important health issues facing China and how the WHO is actively engaging the Chinese Government as well as the Chinese population in tackling these issues, to improve the health and healthcare in the world’s second largest economy.

According to Dr. Schwartlander, we are in the midst of the world’s largest health reform project, turning a dysfunctional system to one that can provide quality health care to an enormous population. In China, 70 million people live in poverty and 40% of the poverty is due to health. The Chinese Government has declared their goal of lifting the 70 million above the poverty line by 2020, the goal arguably realistic or not is closely tied to the improvement of individual health, healthcare and an overall macro health system. Economic improvement and health are interdependent.

Ill health or lack of ill health in the population has profound effects. Ill health in the population reduces productivity in families and communities, the cost of ill health alone can impoverish families. The large cost on families for health care can lead to negative effects in other areas of life such as nutrition and education. Health spending as a share of total household expenditures is high and not decreasing (12.9% in 2011, 11.3% in 2003)

Access to healthcare is a social stability and political issue. There is a strong popular discontent currently with the quality of care and cost of care. There have been huge strides forward in extending coverage of health insurance in China, over 95% of the population are now covered. Data suggests people are using more health care than before. This statistic can be generally positive if there was an under use of healthcare facilities previously but there still lies significant inefficiencies and perverse incentives within the health system.

For one, GPs are not paid enough, therefore good doctors prefer to work in hospitals.  The population pays out of pocket so they naturally opt to pay for a good doctor, resulting in the population going to the hospital.  As a result, the health “system” is structured around the income and needs of hospital doctors, not around health concerns of patients and the population.

Hospitals and primary care workers are paid a fee for service, therefore the incentive is for them to increase volume. Hospital revenue was, until recently, dependent on drug sales but now is dependent on the volume of services provided. These services are underpriced by the Government.

Primary care is weak, there isn’t a strong network of GPs. People go to hospital, partly because they don’t trust the quality of care provided by GPs. Health financing is fragmented as the Ministry of Human Resources and Social Security is responsible for urban health insurance. Over 30% of health care is paid for out of pocket by patients. Health insurance funds in some places are not sustainable.  Some provinces and cities only have reserves to last less than 6 months, while others have reserves to last over 20 months (2013 data).

Dr. Schwartlander proposed the future may not be so bleak, certain reforms can be implemented to encourage improvement such as, Paying GPs a competitive salary, and ensure quality of services that aren’t based on fee for service. Another solution would be to train more GPs and pay them well so they choose to work as GPs.  China trained 172,597 GPs last year but 63% choose to work elsewhere, in hospitals and pharmaceutical companies.

Dr. Schwartlander suggested reform in hospitals, paid by total budget with incentives for quality rather than volume. Focus the medical profession on quality and professionalism and away from revenue generation. Health insurance funds hold providers accountable for delivery of quality, at present, health insurance funds are just bean counters paying out on demand. There also needs to be increased reimbursement rates, in theory they are 70-80% but in practice they are around or below 50%, so there are still huge out of pocket payments which price many people out of getting the care that they need.

There is a silver lining in the overall direction of Government policies as all signs are pointing to a high level of commitment. Fourteen major policies or guidelines were released in 2015 and one already in January 2016 to merge health insurance funds.

According to Dr. Schwartlander, focusing on reforming the health system alone is not enough, there needs to be a focus on promoting good health, not just treating people when they are sick. Pre-emptive measures should be promoted to encourage the population to improve lifestyle habits before resorting to paying out of pocket at a hospital. Health lifestyle risks are prevalent in our societies especially when coupled with the impact of the ageing population. Life style risk factors are very prevalent in China, for example 315 million smokers (15 million MORE than 5 years ago), no country nor society can pay for the disease avalanche that will roll over us in the future.