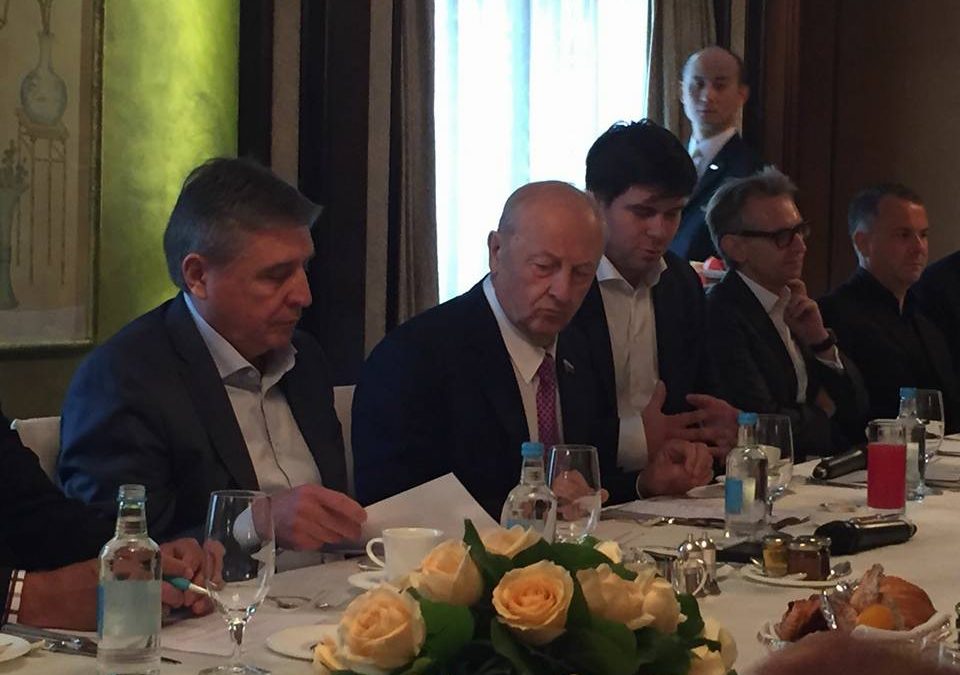 On Friday, members and guests of Asia Insight Circle hear first-hand accounts of the establishment of the Yeltsin Center in central Russia, and the benefits of investing in and doing business with companies in the Yural Mountain region.

Alexander Drozdov is Chairman of the Yeltsin Fund and The Boris Yeltsin Presidential Center, a not-for-profit organization that promotes the institution of the Russian presidency and the development of civil society, democratic institutions and the rule of law. The Yeltsin Center was founded in 2009 in Ekaterinburg, Russia.

Earlier in his career, Mr. Drozdov was editor of Komsomolskaya Pravda, a Russian broadsheet newspaper, formerly the official newspaper of the Communist Party of the Soviet Union. It was one of the most influential papers in the country with a circulation of 11 million.

Members learned about the establishment of The Yeltsin Center, including the Yeltsin Presidential Library and Museum – a first for Russia. They heard first-hand tales from the transition of Russia to a democracy from leaders of the time. Speak with the professionals working to continue Russia’s economic development.