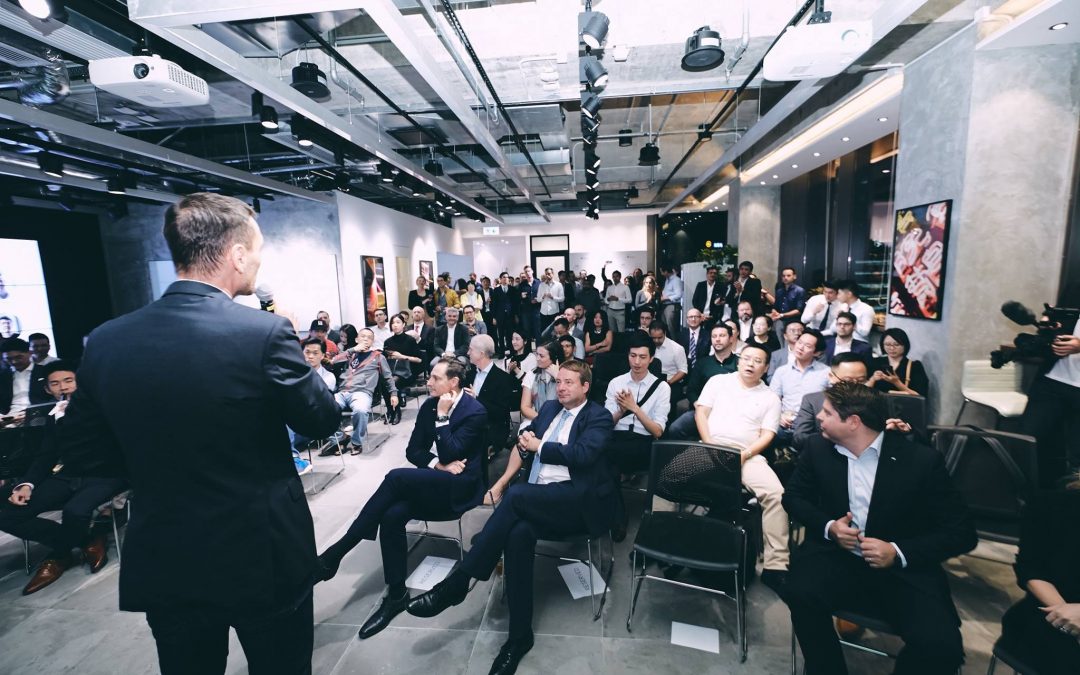 After Dark @ Asia Insight Circle – after six years of breakfasts, we stayed up late and bought the drinks. We’re pleased so many of you were able to join us for a provocative conversation with one of New York’s top influencers.

The New York Times called Peter Shankman “a rock star who knows everything about social media and then some.” He is a 5x best selling author, entrepreneur and global social media influencer. And he’s in Hong Kong for one night only. He believes the economy of the next fifty years will be run by customer service.

“The days of begging for likes are over,” wrote Shankman”. The customer economy is all about doing likeable things. As the network gets smarter and smarter, it’ll know your favourite places before you do, and share those with the world – when the world is looking. So if your friends are looking for a doctor in New York City, and you live there, it’ll show them who you use, automatically, because logic suggests that if you go there a lot, you like the place, and your friends usually like what you like. It’s not private if you’re already posting from there, remember.

“What does this mean for your business? It means that it’s time to start focusing on the customer experience – Without that, no amount of advertising, marketing, or SEO will save you. Your audience will learn: The five rules of the customer economy Why speed matters How to stay “top-of-mind” in every customer’s mind, from beginning to end How millennials, as well as Generations Z and Neuroatypical are consuming content, and how you can get in front of them.”

Peter Shankman is an author, entrepreneur and corporate keynote speaker, focusing on customer service and the new and emerging customer and neurotatypical economy.  With three startup launches and exits under his belt, Peter is recognised worldwide for radically new ways of thinking about the customer experience, social media, PR, marketing, advertising, and ADHD (Attention Deficit Hyperactivity Disorder and the new Neurodiverse Economy).

In addition to his passion for helping people and companies find success, some of Peter’s highlights also include:

• Founder of HARO – Help A Reporter Out, which became the standard for thousands of journalists looking for sources prior to being acquired three years after launch

• Faster than Normal – The Internet’s #1 podcast on ADHD, focusing on the superpowers and gifts of having a “faster than normal brain,” which has helped thousands of people all around the world realize that having a neuroatypical brain is actually a gift, not a curse.

Peter is a worldwide influencer and/or spokesperson for several global brands including Specialized Bicycles, Skratch Labs, Sylvania Lighting, National Car Rental, and many others.

Finally, Peter is a father, a 2x ironman triathlete, a class B licensed skydiver, and has a pretty serious Peloton addiction. When he’s not travelbsling around the world speaking to companies big and small, he’s based in NYC with his five-year-old daughter and 19-year-old cat, both of whom consistently refuse him access to the couch.